Travel through the Val di Noto area and discover Noto, Modica and Ragusa, three gems of the Barocco style.

Travel through the Val di Noto area and discover Noto, Modica and Ragusa, three gems of the Late Baroque Towns of the Val di Noto. Stroll around the streets of these towns built in Barocco style partially on hilltops and partially at the bottom of the gorges and admire the overview on red-tiled roofs.

Today you are greeted at your hotel and driven through the countryside to the “Val di Noto“, declared UNESCO heritage in 2002. All this area was badly damaged in 1693 by a strong earthquake and largely rebuilt in Sicilian Baroque style. The most gorgeous towns in this area are Noto, Modica and Ragusa, all symbols of Baroque style, but all different in geographical features that make them incomparable towns.

The town of Noto is well known as a masterpiece of Baroque style. Walking through the center you can admire Baroque churches, including the amazing Cathedral and palaces with pompous balconies with wrought iron railings and cherubs, lions, sirens and grotesque figures that decorate the facing. Noto is called the “Garden of Stone” because of its typical honey-colored stone.

Modica is divided into two parts, the “higher” town and the “lower” town, connected by numerous flights of steps. Palazzi and houses rise from the bottom of the gorge seemingly stacked one on top of the other. Magnificent churches, with their inspiring domes, bell towers and intricate facades, punctuate the red-tiled roofs and one is struck by the uniform beauty of the whole. Modica is worldwide known for its tasty unique chocolate, often flavoured with chilli pepper, cinnamon or vanilla, that is based on Aztec methods and recipes. We suggest to taste this sweet specialty in one of the confectionary shops before leaving.

Ragusa is maybe one of the most fascinating towns in Sicily. While the upper part of the town has its fair share of architectural delights, it is the smaller Ragusa Ibla down below, built on a ridge at the bottom of a gorge, that really draws visitors. Whether you approach it from Modica to the south or from Ragusa Superiore, the sight of the jumble of houses, churches and civic palazzi piled on top of each other, clinging to the walls of the gorge, is really quite breathtaking.

Suggestion: add a special experience to this tour! 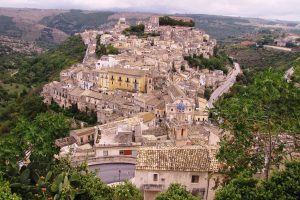 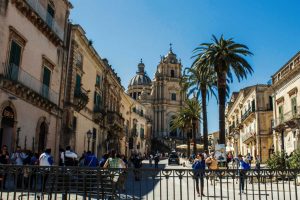 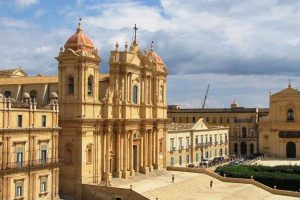 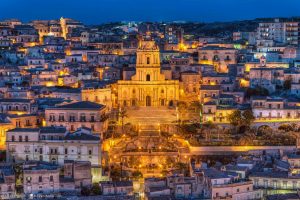 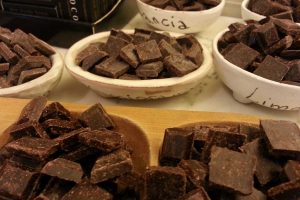 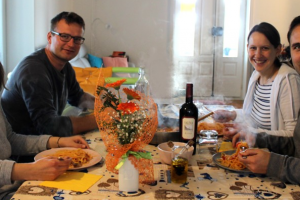 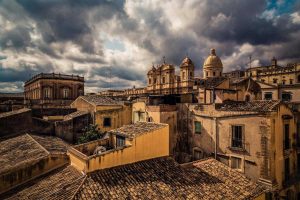