Guided tour of Colosseum, Roman Forum and Palatine Hill to discover the Amphitheater that is the monument symbol of Rome and monuments of the Roman Empire. 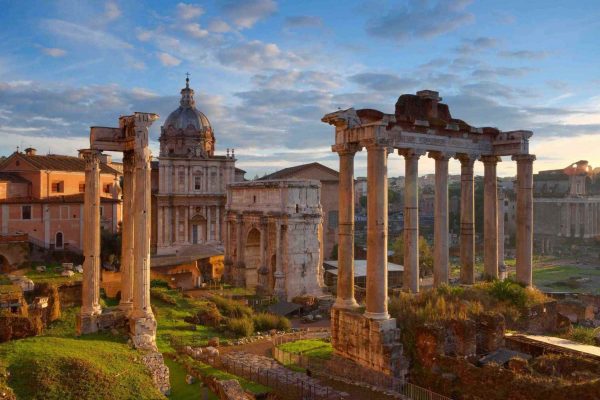 Get ready to enter into the legend! Jump into Roman history and discover with an expert guide the “Anfiteatro Flavio”, the Colosseum: the largest amphitheater not only in the Eternal City, but in the world!

Get the most complete tour of the Colosseum , Roman Forum and Palatine Hill. Access the Palatine hill with no line and discover the hill where Rome was founded at the beginning.

Then reach the Colosseum and be amazed by this monument that is the symbol of Rome in the world. The Amphitheater created to entertain ancient Roman citizens with bloody shows of gladiators, animals and cruel games, is now one of the most fascinating landmark of the City.

Then, walk on the original path of ancient Rome along the Via Sacra and see the Temples of Vesta, Antonino and Faustina, the ancient Basilica Julia and Aemilia and dream about the glorious past of the Roman Empire. Unforgettable!

The Colosseum, also known as the Flavian Amphitheatre, is maybe the main symbol of Rome. This imposing construction, that has almost 2,000 years of history and dates back to the Roman Empire, is the largest amphitheatre ever built. Emperors used the Colosseum for over 500 years, until the 6th century, to entertain the public with free games. Those games were a symbol of prestige and power and they were a way for an emperor to increase his popularity. It was used for exhibitions of exotic animals, executions of prisoners, recreations of battles and gladiator fights. After the 6th century the Colosseum was reused as housing, workshops, quarters for a religious order, a fortress, a quarry, and a Christian shrine. It has suffered lootings, earthquakes and even bombings during World War Two, but the Colosseum is still here and dominates the skyline of Rome.

The Palatine Hill is the most central of the seven hills of Rome. Inhabited since the 10th century B.C., it is considered to be the first nucleus of Rome. It stands 40 metres above the Roman Forum, looking down upon it on one side, and upon the Circus Maximus on the other. During the Republican Period Roman citizens belonging to the upper class settled in the Palatine Hill and built sumptuous palaces. Today the Palatine Hill is an archaeological site and only ruins remain. Among these ruins are Domus Flavia, House of Livia, House of Augustus, Farnese Gardens, Hippodrome of Domitian. The small Palatine museum contains sculptures, frescoes, mosaics and other objects belonging to the golden age of the Palatine Hill.

The Roman Forum stands just under the Palatine Hill, between Piazza Venezia and the Colosseum. The Roman Forum was the hub of political and social activity of the Roman citizens, where religious and public life in ancient Rome took place. After the fall of the Empire, the Roman Forum was forgotten and little by little it was buried under the earth. It was discovered in the 16th century, but only the 20th century that excavations were carried out. For centuries the Forum was the center of day-to-day life in Imperial Rome, evidenced by the many remains of triumphal arches, temples and basilicas. Today remains of many buildings from different periods are visible in this area: Arch of Titus, Arch of Septimius Severus, Temple of Antoninus and Faustina, Basilica of Maxentius and Constantine, The Curia, Column of Phocas. The Via Sacra was the main street in ancient Rome and linked the Piazza del Campidoglio with the Colosseum. 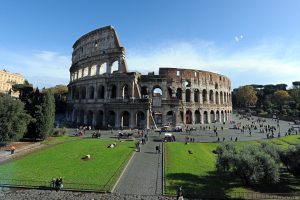 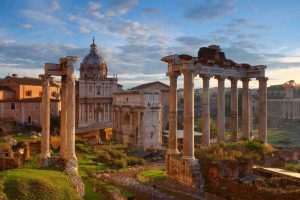 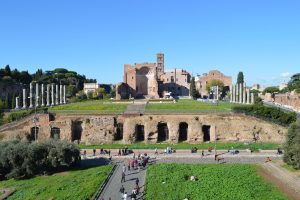 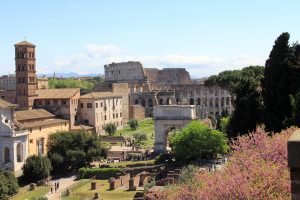 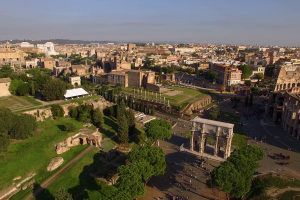 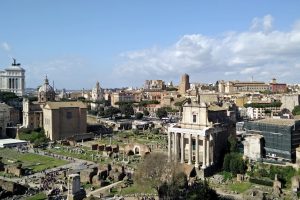 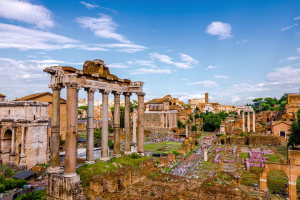 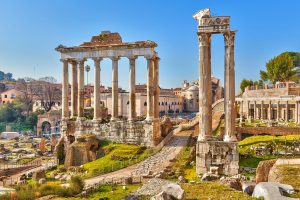 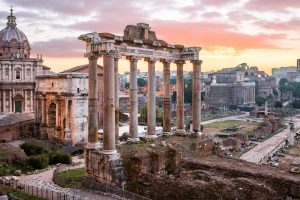 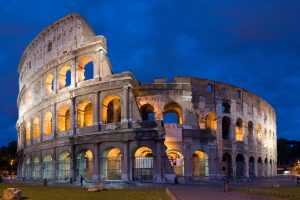 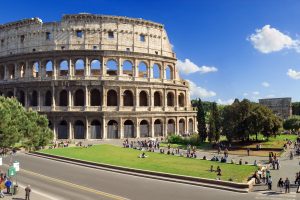