Corleone and countryside experience is a day tour from Palermo to visit a Sicilian style village whose name was used in Francis Ford Coppola's movie, The Godfather.

This tour will explain you why Hollywood movies linked Corleone to the Mafia and how this attractive village is changed in the last years. We suggest to visit the Anti-mafia museum before enjoying a light lunch based on local products. The tour includes a scenic drive through not tourist roads and rural landscapes.

What you can expect:
Today you are greeted at your hotel and driven to Corleone, a small Sicilian style village in the environ of Palermo. Once medieval town, encircled by walls, today the ancient city center is paved with well kept cobblestones and shows the Spanish influence in the Baroque architecture. Stroll around the street of the town and visit the CIDMA Anti-mafia museum.

Beginning in the 1960s, the village became famous (or perhaps infamous) for its Mafia, being the town in which some well-known clans had their headquarters (the Clan dei Corleonesi). Hollywood movies hopelessly linked Corleone to the Mafia and the name of the town was even used as the adopted surname of the title character in Francis Ford Coppola’s movie, The Godfather. But from 1990s Corleone inhabitants made all possible to get back a good reputation and started a social campaign to promote legality.
In 2000 was opened the Anti-mafia museum (CIDMA), an organization that collects all the docs and pictures of the most important mafia bloodsheds. Visiting the CIDMA instruct people to understand how Sicilians hate mafia (as organized crime) and how important and honest judges and police staff risk their life trying to destroy the mafia’s power.

Corleone is located in the Sicilian countryside, reachable from curvy and not tourist roads with opportunity to admire fascinating rural landscapes and the Royal Palace in Ficuzza (external view), once used as hunting lodge by Ferdinand I of Bourbon, just a short distance from Corleone.

Suggestions:
Complete your experience with a lunch based on typical products and local wine at a countryside restaurant.

The Godfather Movie:
The name of Corleone was used as the adopted surname of the title character in Francis Ford Coppola’s movie. In the novel, Vito Andolini emigrates from the village of Corleone, his last name gets changed by a miscommunication between the man helping Vito and the man logging in the names at Ellis Island by saying ‘Corleone’ instead of ‘Andolini’ because he was unable to respond when asked for his proper name, and is given the last name of Corleone by an immigration official. Vito Corleone is not a real character.

Please note:
It’s important to know that CIDMA Anti-mafia museum is not recommended for family group with too young kids (up to 10 YO) to avoid to impress them too much. In any case this is for sure an educt tour. 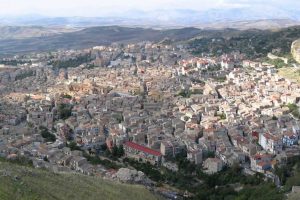 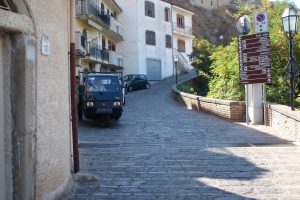 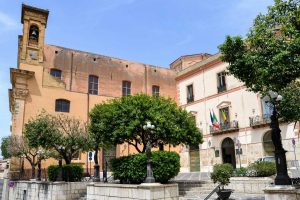 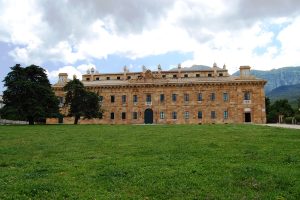