Rome Private Guided Walking Tour – half day
Today with this 2,5 hours walking tour you visit: Trevi Fountain, Piazza di Spagna (Spanish Steps) and Barcaccia Fountain (by Bernini), Church of Trinità dei Monti, Piazza Navona and Fontana dei Quattro Fiumi. Among the first things to do in Rome, there is undoubtedly to explore its characteristic maze of streets and its captivating puzzle of fountains and scenographic squares. 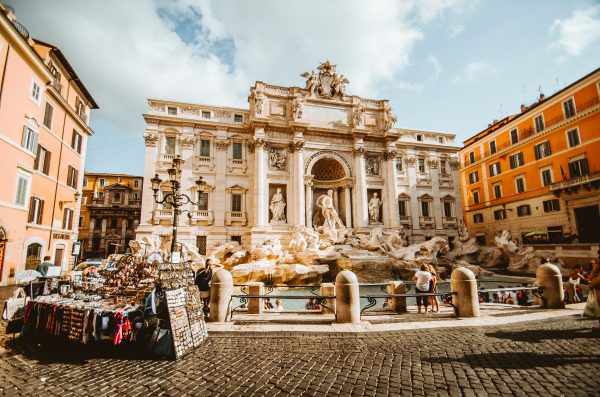 You’ll be enchanted by the stunning Trevi Fountain in Fellini’s film Dolce Vita. Intricately decorated in the Baroque style, this is the largest fountain in Rome.

Next stop will be the famous Piazza di Spagna with the Barcaccia fountain, by Bernini, in the center of the square. Since 18th century, both Romans and foreign travelers have loved their romantic atmosphere, the classy cafès and boutiques and the nearby monumental Spanish Steps.

Up the stairs, you will also able to admire the picture-perfect Church of Trinità dei Monti, another emblematic panoramic sight of Rome.

Finally, after a nice walk through the streets of the capital, you will arrive in Piazza Navona. It was built over an ancient Roman arena, but it’s still considered one of the most joyful and elegant squares in the whole city.

Trevi Fountain is the largest and most iconic fountain of Rome. In spite of its grandeur, it is located at the junction of three small streets. It measures twenty meters wide and twenty-six meters high and occupies more than half the square. Rounding the corner, Trevi Fountain appears all of a sudden and you are astonished by this monumental structure! The fountain was built on top of an ancient water source, one of Rome’s most important aqueducts. The central figure of the fountain is Neptune, god of the sea. He rides a shell-shaped chariot that is pulled by two sea horses. On the sides of the god lie two statues that depict Abundance and Salubrity. At the top of the fountain sits the coat of arms of Pope Clement XII, suspended by angels.

Piazza Navona is a wide square with three beautiful fountains, the church of Sant’Agnese in Agone and a towering obelisk. The main attraction in Piazza Navona is indeed the Fontana dei Quattro Fiumi (Fountain of the Four Rivers). It is a masterpiece of Baroque sculpture, by Gian Lorenzo Bernini. The fountain had been realized around a towering obelisk with a papal crest on the top. The statues of four Gods are symbols of four great rivers: the Nile (Africa), Ganges (Asia), Danube (Europe) and Rio de la Plata (South America). The Fountain of the Four Rivers represents the papal authority throughout the world. The other two fountains in Piazza Navona are The Fontana del Moro or Fountain of the Moor and The Neptune Fountain. The church of Sant’Agnese in Agone is a Baroque structure whose project the architect Francesco Borromini also worked on.

Piazza di Spagna is the famous square of Rome, located at the bottom of the Spanish Steps, that connects to some of the most famous luxury shopping streets such as Via Condotti and Via del Babuino. At the foot of the stairs, you can find the Barcaccia fountain (Fountain of the Old Boat) bult by Bernini. It is so named because it is in the shape of a half-sunken ship with water overflowing its sides into a small basin. Spanish Steps are the widest staircase in Europe. Climbing the steps, the Trinità dei Monti church dominates Piazza di Spagna. 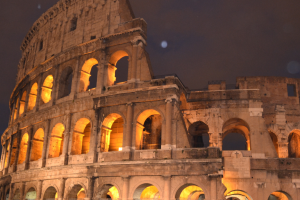 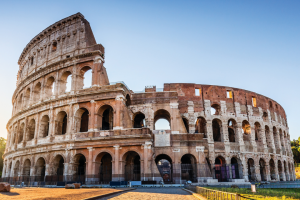 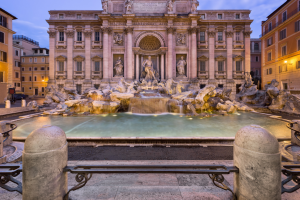 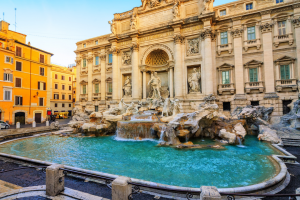 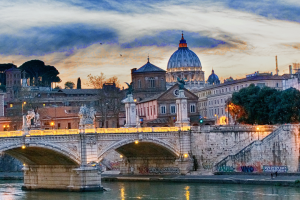 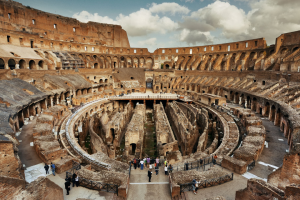 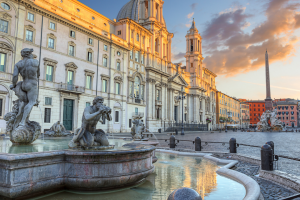